I carefully aligned my feet in the direction the golf ball should go, making sure my body was positioned so the ball was a little closer to my left toe than my right.

Standing in the middle of the fairway for my second shot should have brought with it feelings of satisfaction, but in this case, there was considerable stress.

Because my ball failed to go in a straight direction and veered to the right, landing in the middle of the wrong fairway where players were headed in the opposite direction.

On this particular day, I was playing with my neighbor and his friend who owned a bowling alley, both of which were excellent athletes.

Tom and Corney, short for Cornelius, watched as my ball began its path straight for thirty yards before steadily changing direction toward the wrong fairway-sailing between two trees and rolling to a stop in the very center of the well-manicured grass.

I paused to make sure it was safe before entering the fairway where my ball was located and as I looked ahead there was one golfer in a cart parked next to his ball about fifty yards away.

He saw me waiting and motioned me to go ahead, indicating he would wait for me to hit my ball and get out of his way.

Golfers are generally kind people. Courteous to a fault.

As I prepared to hit my ball, he judiciously got out of his cart and stood behind it. Experienced golfers know when to be careful.

My body was perfectly aligned, my legs slightly bent. I waggled the head of the club, a number three wood with a bulky end to hit the ball with greater force.

With extended arms I swiveled to my right creating a near-perfect backswing, pausing at the apex before initiating the powerful reversal to bring the head of the club into brutal contact with the ball.

The swing process is intense and deprives one of memory as the event unfolds. I remember all the preparatory moves, but once the swing begins, memory fails to keep pace with the action.

I clearly remember watching the ball flying forward in a straight line about two feet above the grass. It was what they call a “worm-burner.”

Properly hit golf balls always follow a traditional arc before falling back to the fairway. It’s a beautiful thing to see a well-hit ball.

But this particular occasion didn’t fall into that category as the ball began its undesired, and predictable curve to the right.

My eyes followed as the ball reached its apex and fell to the ground without losing speed. The low trajectory allowed it to skip off the fairway as though it were a flat stone bouncing on the surface of a quiet pond.

It hit the ground about a foot in front of the man’s cart and disappeared beneath it.

I could tell what happened next by watching the face of the golfer as the ball careened off his ankle.
While waiting for our turn to begin playing hole number two, Corney turned to me and asked.

“What do you shoot?”

This was a polite way of determining how good a golfer I was.

I answered, “in the ’60s,” not realizing the traditional lingo among golfers always referred to the score for eighteen holes, not nine as I thought at the time.

“That’s for nine holes?” He queried with a wizened eye.

“Yes,” I answered with a deep blush as I realized my mistake.

How Well Do You Golf Here To Help

Famous Words of Inspiration...
"Government in the U.S. today is a senior partner in every business in the country."
Norman Cousins
— Click here for more from Norman Cousins 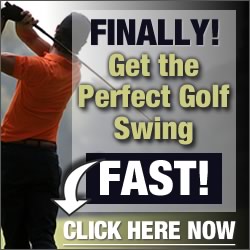